Pearson is the world’s learning company, providing educational resources from K-12 schools to professional learning. Over the years the company has aimed at upholding the highest standards, to raise the access and affordability of education worldwide.

This case study looks at how Youth4work helped them to reach out to the diverse sectional audience for their various competitive exam books.

Each year millions of young aspirants in India gear up for a competition of their lifetime. This grand quest for securing a coveted spot at one’s desired college is no joke.

Of all the entrance exams that are held every year, some of them are quite crucial, such as the above mentioned and more (such as: GATE, Civil Services, RRB, Placement Papers, etc.). For years and still, aspirants who finish their schools rely heavily on coaching classes to prepare for major exams like CAT, CPT, CTET, and so on…

Coaching classes are still much in demand but there are a few online educators that are trying to bend the rules, educators like Pearson, who thrive to make learning accessible and personalized for everyone. Their online preparation material, especially books, for various government/private entrance exams are second to none in terms of high-quality standards.

However, reaching to the young aspirants scattered all over India was proving to be cumbersome. Pearson understood that without targeting the segmented audiences in the right way, increasing website traffic wouldn’t be feasible. Plus, students preparing for competitive exams (mainly engineering) were usually more in tier two and three cities than in tier one cities.

“We needed a marketing model that could cater to our specific-time-bound needs; the audience for the online books was here and there, we needed a sound strategy to tap those segmented groups.”– Yatendra Sharma, Senior Manager, Pearson

Youth4work online platform helps youth to prepare for various competitive private/government exams & assess their skills by reviewing their performances with the help of unique online assessment modules in the form of Adaptive Mock Tests. Also, Youth4work has consolidated user data, which can be segregated with all the needed filters as and when required.

In order to provide the best results to Pearson, Youth4work decided to go with 4-D market channeling, which was based on four key aspects:

Generated Digital Ads and banners about Pearson Books among the segmented audience on Facebook and Youth4work platform.

Automated mails were generated, 30 minutes after test taking, consisting of their scores and recommended Pearson books for preparation.

Automated messaging campaigns were initiated, in which a user received a SMS after every 24 hours having the information about the test and the Pearson Books.

Started Facebook Remarketing on the monthly basis so as to reconnect the Facebook users who have previously visited the Youth4work platform to take prep test.

Facebook re-marketing helped in the brand recalling among the consumers and emerged as an important market communication channel. GATE unfolded as the most successful campaign. This was the longest running campaign and recorded the highest number of clicks.

Individual performance for books in each category 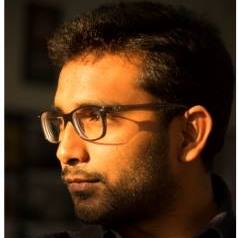 My job is a mix of writing, social media engagement, brainstorming, you name it. I add sugar, I add spice and hope for something nice. 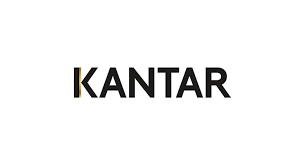