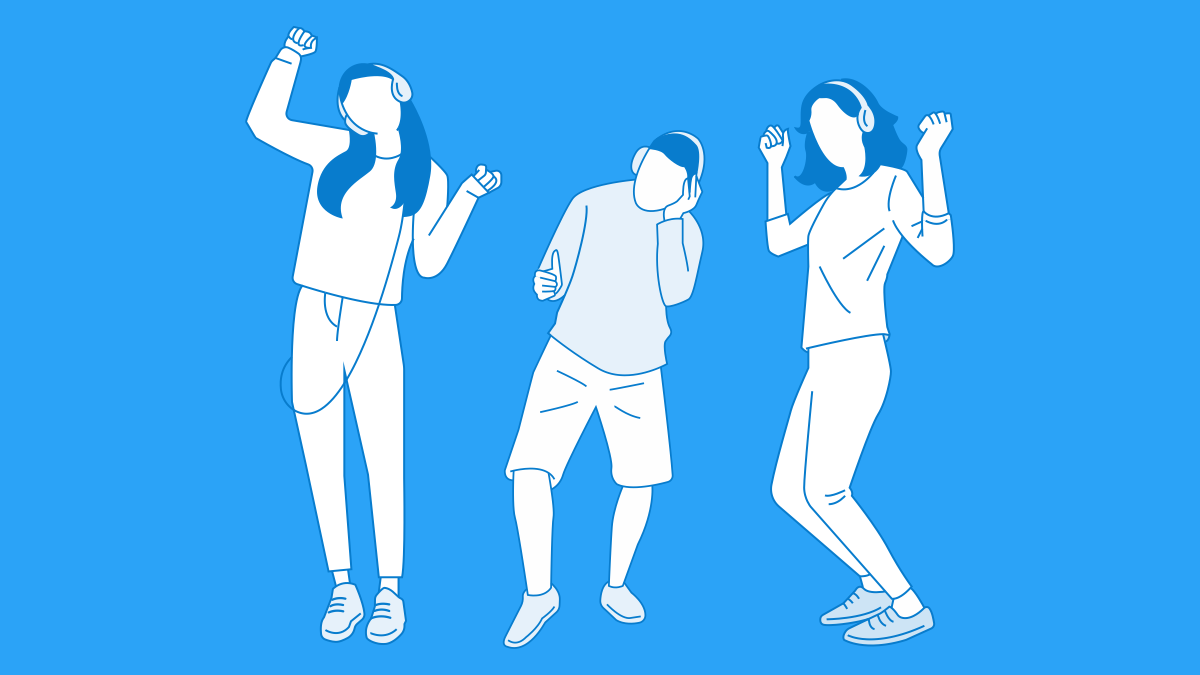 Music is probably one of the greatest measures of change in the world. In the west, music has evolved so much since the times of Mozart, Bach, and Beethoven. One reason for this could also be the cultural changes that occurred at the same time. Be it the liberation of women, the equal treatment of Blacks or the acceptance of Gays, all these cultural movements were associated with shifts in the kind of music that was being recorded, played and heard. Put your knowledge of music to test.

In 1857, Édouard-Léon Scott de Martinville invented the phonautograph, the first device that could record sound waves as they passed through the air. It was intended only for the visual study of the recording and could not playback the sound.

Thomas Alva Edison, however, improved on this and later called it the Phonograph. This changed with the advent of the gramophone (phonograph in American English), which was patented by Emile Berliner in 1887. The first-ever recording was the 23rd Psalm and the Lord’s Prayer on a Berliner Record.

Hence, technology had a huge role to play in the evolution of Music in the world. As technology got more recording-friendly, artists were able to explore sound on a much deeper level, allowing many different genres of English music to come to life.

Towards the end of the First World War, Blues had become a growing music genre in the United States. Started by the black slaves of the vegetable and cotton plantations of Mississippi and Texas in the 1800s, blues was a kind of silent protest and also a way for them to comfort each other through that horrible time in America.

Well-known blues pioneers from the 1920s such as Son House, Blind Lemon Jefferson, Leadbelly, Charlie Patton, and Robert Johnson usually performed solo with just a guitar. When the country blues moved to the cities and other locales, it took on various regional characteristics.

Hence, the St. Louis Blues, the Memphis blues, the Louisiana blues, etc. Chicago bluesmen such as John Lee Hooker and Muddy Waters were the first to electrify the blues and add drums and piano in the late 1940s. Evolution of Jazz, however, was an art form that gained huge popularity in the Americas and even in Europe.

At the time of World War 2, Jazz and Swing were the most popular genres of music. The nature of Jazz and blues was such that people were able to dance to the music. Therefore, a lot of kids were listening to Jazz and Swing records and they were part of the teenage culture then. Major Jazz icons of those days were Louis Amstrong, Édith Piaf, Miles Davis.

At the same time, Big-band music also had a huge following with names like Frank Sinatra and Dean Martin. Up until the 1950s, Jazz, Blues, and Swing were the genres that were popular, however; they were also accompanied by the growth in the popularity of Rock and Roll music.

Rock and Roll’s artists include the King of Rock and Roll, Elvis Presley and other artists like Little Richard and Jerry Lee Lewis. Radio Jockeys like Alan Freed had a huge role to play in promoting Rock and Roll music.

It is important to note that government authorities did not like Rock and Roll music as they felt that it was damaging the youth of that time. Many radio stations were asked to not play such music else face penalties.

The 60s was the time that many artists like The Beatles, The Rolling Stones, The Beach Boys, Bob Dylan, etc. gained sensational popularity. This time was also characterised by the introduction of a new genre called Rock which has its roots from Rock and Roll.

Artists like Jimi Hendrix, Led Zeppelin, The Doors, The Who, Pink Floyd, and Janis Joplin were all part of this genre. It is important to note that was also a time of great social change in America. African-Americans now had equal rights thanks to the struggles of Dr Martin Luther King Jr. and Malcolm X.

The culmination of this era of music was in an event called Woodstock:3 days of Peace, Love, and Music which had 32 top artists performing in front of 400,000 kids-the biggest show of that time. Then came the 70s and along with it came new exciting genres. These genres are the bedrock of some of the most popular music that we hear today.

Firstly, Disco, which was a genre influenced by Soul and RnB. The main characteristic of this music is the strong beat. This kind of music enabled the creation of the discotheques that we see every day and the dance music that we hear today.

Secondly, Heavy Metal. This name was actually mentioned for the first time by Led Zeppelin and had bands like Motorhead, Deep Purple, Black Sabbath, and The Dead Kennedys. This genre was characterized by artists writing songs about “non-hippy” things or the darker aspects of life like Death, Satan, Wars, etc.

This Heavy Metal is the foundation of the many Metal Genres that have evolved since. No one expected Metal to stay this long but its huge fan base has definitely proved critics wrong. Metalheads, as they’re termed as, say that the reason is that unlike “hippies” or “disco freaks”, Metal fans are real and don’t just go for a superficial approach to music.

The 80s and the 90s were characterised by the use of more digital instruments in the music creation process. This is how Technological advancements had an influence on music. This was about the time that computers started creeping up.

Synthesizers and electronic drum sets were the rage and so were electronic drum machines. Electronic instruments like these had gained more mainstream popularity. The music had a more inorganic and “electric” sound as opposed to the acoustic sound of Bob Dylan.

Artists of the 80s included Michael Jackson, Madonna, The Bangles and many others. It must be remembered that all other genres were existing in parallel at the same time. This time was also very exciting because this was the time when Rap came into existence. Rap is basically “spoken or chanted rhyming lyrics” performed to a beat.

Artists like Jam Master J, Run DMC, and Kurtis Bow and the Sugarhill gang were taking this underground music to the masses and were gaining extreme popularity in both the Americas and Europe. This is the genre that has given rise to Hip-Hop a genre that is both hated by authorities and loved by the public just the same.

Collaborations are also a very big trend among cross-genre artists and lots of top hip-hop artists like SnoopDogg, Dr Dre, Eminem usually have tracks with pop stars like Rihanna, Jennifer Lopez, and Justin Bieber. New genres of the new millennia include Dub, Dubstep, Chillstep, Psy, EDM, House, ElectroHouse and many other sub-genres.

Why these genres are clubbed together now is because these are usually created on a computer or a synthesizer and requires a minimum of only one person to have the sound of a whole band/group. And that person is known as, well we all have heard all too frequently, the “DJ”. This music is currently the most followed in modern times.

Blogging is a good way to spread the message of music.

14 years into the new millennia, music is continuously evolving and it is the technology that is driving that change. From the earliest gramophone recording to the new Dj consoles, music has changed with the advancement in technology and will continuously change in the millennia to come.

As listeners, this is a very exciting time because new genres are being born every day and we may never even hear of them. This is how huge music has become. Gone are the days of going to the store to buy a cassette or even a CD.

Now all you need to do is sit down in front of your computer, probably buy a subscription for certain music app and the worlds’ music will be at your fingertips.